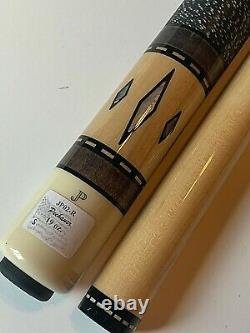 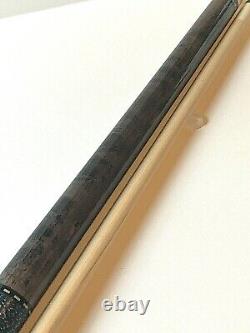 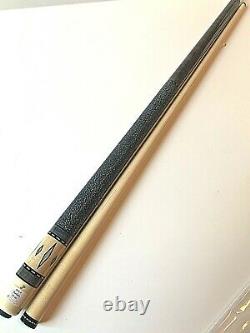 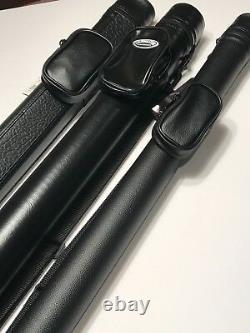 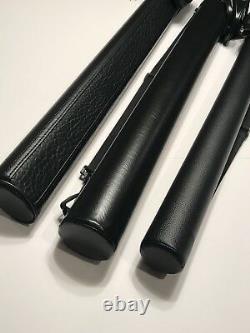 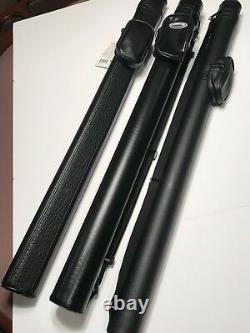 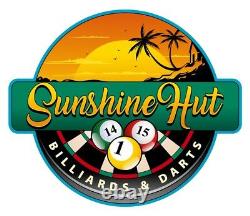 FERRULE IS GLUED AND THREADED. 12.00 MM PREMIER SHAFT WITH EMERALD TIP. WE ARE AN AUTHORIZED PECHAUER DEALER.

Buck Nutz LLC d/b/a Sunshine Hut Billiards and Darts has over 40 years of experience between the two owners. We will only carry high quality products and have a 100% low price guarantee. Keep watching as we add new products to our store every week.

And most importantly, THANK YOU for checking us out and we hope to see you soon. The process begins with a commitment to total quality control, starting with the selection of clear hard-rock curly and bird's-eye logs. We cut the logs and dry the lumber in our own specialized kiln.

Each cue in the "Professional Series" starts with a select piece of hard-rock maple from which the shaft is born. It is chosen for its exceptional whiteness and grain. To these are married butt sections of bird's-eye/curly maple, ebony, cocobolo, and bacote. These exotic woods are chosen for their beauty and visual grain structure.

PECHAUER CUSTOM POOL CUE IS MADE RIGHT HERE IN GREEN BAY, WISCONSIN. THE PROCESS BEGINS WITH JERRY PECHAUER HIMSELF SELECTING THE MAPLE LOGS THAT MAKE UP DIFFERENT PARTS OF THE POOL CUE. THEY'RE THEN CUT ON PECHAUER'S OWN SAW AND DRIED IN THEIR SPECIALIZED KILN BEFORE BEING COMBINED AND MARRIED WITH OTHER EXOTIC WOODS. STAINLESS STEEL JOINT SCREWS AND COLLARS, BRASS INSERTS, SPECIAL "CT" TIP FERRULES, FIBER FERRULES, WEIGHT SCREWS, BUTT PLATES AND INLAYS, ARE ALL INDIVIDUALLY CRAFTED IN-HOUSE TO ASSURE PECHAUER QUALITY. FLAWLESSLY FINISHED BY MASTER CUEMAKERS: A CUE THAT BEARS THE PECHAUER SIGNATURE IS YOUR ASSURANCE OF SUPERIOR CRAFTSMANSHIP AND COLLECTABLE QUALITY.

2018 marks the 55 year anniversary of J. In 1961 Jerry Pechauer was working under a truck mechanic apprenticeship for the International Harvester Company in Green Bay, Wisconsin. A fellow employee there shared an interest in pool and they played a match. A wager was made and Jerry was victorious. With some creative alterations he was able to make a shaft fit that Hoppe cue.

Next a drill press along with a lathe chuck allowed him to install joints. An avid pool player, Jerry took his love for the game and developed a hobby that would become a passion and a family business for himself and his son Joe.

In 1963 two major events occurred in the development and future of J. Jerry completed his first pool cue and Joe was born.

Jerry gained a reputation as the go to guy for cue repairs in and around Green Bay. The only other option in the area was push on tips. Most of Jerry's free time outside of work was spent doing repairs and making a few cues. One of the more time consuming and impractical processes was making shafts and tapering shafts and butts. For this Jerry developed and crafted his own attachments for one of his lathes immediately making it his most valuable machine.

Following Jerry's apprenticeship a sales position became available. Jerry went on to become one of the top salespeople in the district. After a successful 14 year career at International Harvester Jerry decided a change was due.

The long hours at IHC afforded Jerry little spare time to expand his home shop. Jerry began a job at a maintenance supply company training salespeople. The flexible schedule gave him the time to explore new machinery and improve the cue making process. Jerry found a machine called a "back knife lathe" and once again, with some creative altering, was able to make a valuable machine that would turn a square piece of wood into a dowel.

At the age of 14 Joe had just completed his first cue and, impressed with his work, Jerry decided it was time to take their cue making to another level. Jerry and Joe began attending the industry Tradeshows in the late 70's where a friendship was forged with Fred Mali of Mali Cues.

Mali was very helpful to Jerry as he pushed forward in developing his fledgling business. Jerry even packed up his family including wife Karen, son Joe and daughters Shelley, Cindy, and Geri, and took a road trip to New York to visit the Mali Company's facilities. In 1980, Jerry left his job and opened a retail billiards supply store offering pool tables and cues. He continued his cue work out of his home basement shop. Two years later he moved into a building with a small poolroom/bar on one side and a 6000 square foot shop and showroom on the other. Joe had just graduated from high school and entered the family business full time. Jerry and Joe took classes at the local tech school to gain skills necessary to design and produce specialty cue making machinery. Jerry also introduced a new innovation to the cue making process by threading and gluing parts and sections of the cue for added strength and playability.

In 1989, Jerry and Joe displayed at their first Billiard Congress of America Tradeshow where they met a customer from Switzerland and negotiated their first big contract. A four year deal to make cues for the European market, the Euro-Cue. Through this relationship he met professional pool player and future multi-time World Champion Oliver Ortmann.

17 time World Trick Shot Champion Paul Gerni was impressed with Jerry and Joe's work and began using Pechauer cues as well. Pechauer Cues were becoming known to many professional pool players and respected instructors worldwide. In 1993, through a state and local development loan, Jerry and Joe completed a new atmosphere controlled state of the art facility which included a sawmill and vacuum kiln to cut and dry their own wood. Jerry then took a course in grading and scaling logs from a Forester at Michigan Tech and started purchasing quality Bird's-eye Maple and Curly Maple for the butts of the cues.

Having the availability of hand-picked maple and the means to cut it allowed them to sell shaft wood to other cue makers as well including Jim McDermott who came to Jerry for a stable source of shaft dowels. Through the years Jerry and Joe continued to expand the shop, adding CNC machines and custom designed equipment to efficiently produce their own parts including a patented quick release joint screw and shaft insert, making Pechauer cues 100% made in-house. In 2007 Joe Pechauer took over as President of the company while Jerry continues offering support and expertise on a regular basis. A dealer base of 58 dealers in 1993 expanded to over 400 around the world in 2013 making J. Pechauer Custom Cues one of the top brands in the industry beginning with that broken Willie Hoppe cue in 1961. This item is in the category "Sporting Goods\Indoor Games\Billiards\Cues". The seller is "sunshinehutbilliardsanddarts" and is located in this country: US.